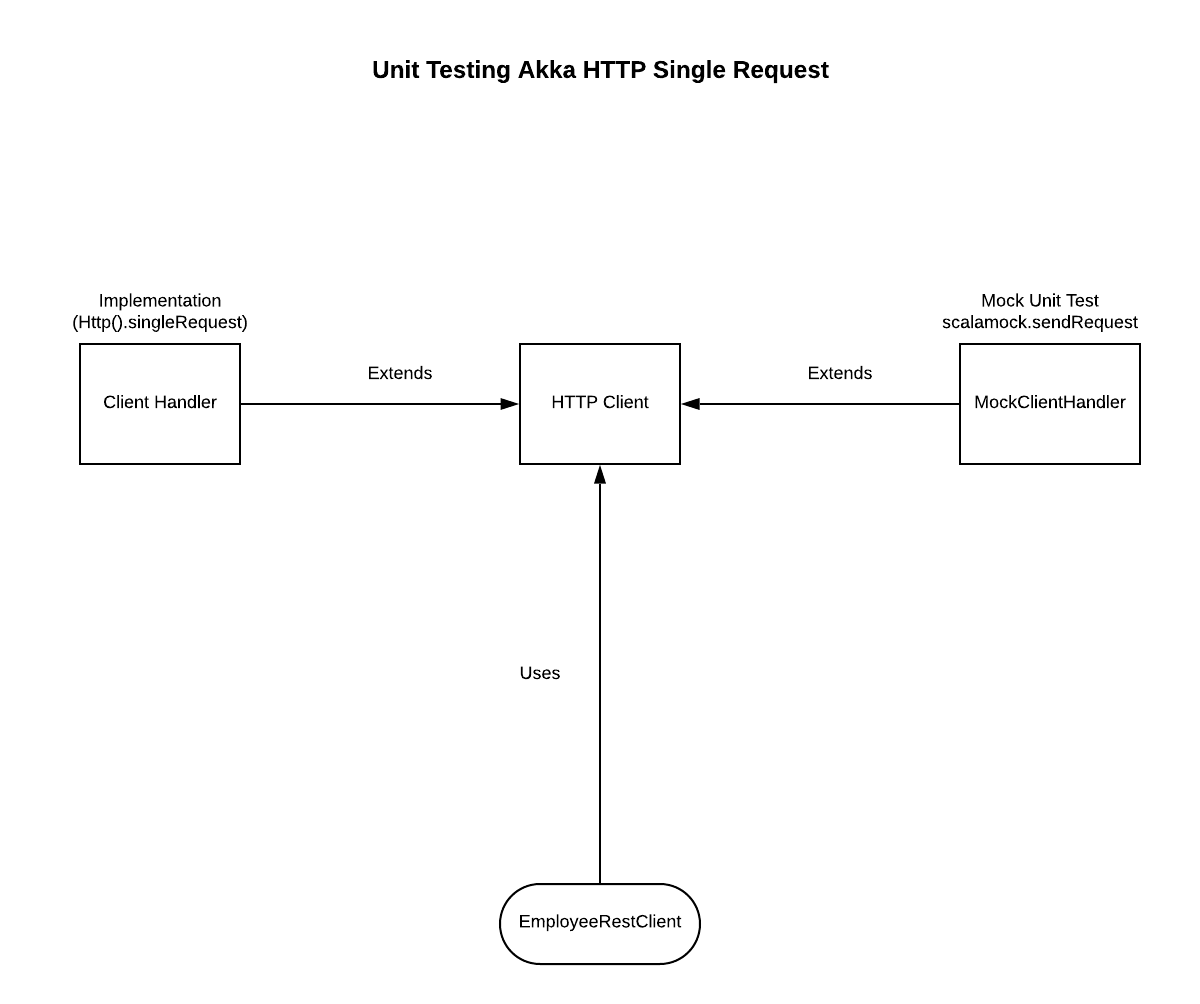 Akka HTTP has a helpful testkit to test routes that make unit testing simple. Testing without TCP connection should not be complicated. You can mock the IO function, such as singleRequest. The key to a readable and accessible test suite lies in how you structure the functions.

In this tutorial, I want to share how you can structure the Http singleRequest function in Akka HTTP so that it is easier to mock and get 100% branch coverage.

In this tutorial, I use a fake response of a simple dummy rest-client which retrieves dummy employee information. The task is to create a client service that gets the employee information through Http SingleRequest and parse all the fields in the response. Usually, we write a function like this:

The function creates a fetch call through http().singleRequest and deserialize the JSON string to an Employee model class with Circe.

This function becomes hard for unit testing because the IO function coupled with other operations in the function.

To make the application as loosely coupled as possible. We can wrap the IO function into a trait so that the functionality can be overridden or mocked.

In this case, http().singleRequest is the component that creates IO. Therefore, we can extract the functionality out and wrap it into a trait.

Because we extracted the singleRequest as an abstract function, we can mock the function in the unit test with Scalamock.

We can write the regular implementation first; then we can refactor the function by extracting the http().singleRequest.

We will use Circe to encode and decode JSON String, and Scalamock to mock the IO functions.

Inside this function, we extract out the fetch endpoint URL by wrapping it with the getEmployee function.

Let’s refactor the code so that handleRequest can be mock.

Let’s create a trait, HttpClient, that has an abstract function sendRequest. Then, let’s mock sendRequest later in the unit test.

Then, we create ClientHandler trait which contains the http().singleRequest Function. We will not test this trait, but this trait will be mocked in the unit test later.

This refactor separated JSON deserialization and singleRequest. Then, we can test EmployeeRestClient trait getEmployees, by mocking the function on sendRequest.

Let’s set up all the mocks.

Since we extract httpRequest, we can create another trait that also extends HttpClient and mock the function.

You can specify the expected input and returns on the function.

Scalamock automatically mock the function for you. Therefore, no side effect or IO involved in running the getEmployee.

Did you notice that the test suite is precisely like the Main function that we defined earlier?

Starting from the Main function makes it easy to construct the test suite.

By doing this, we can test getEmployee functionality because we wrap the http().singleRequest separately into another function.

That’s it! I hope this helps you write better unit test in your Scala projects or unit test HttpClient request. The full implementation of this tutorial is on GitHub. Please comment below if there are any questions and comments. If you have any other great strategies, feel free to share your knowledge in the comment section below!